Sigh.  The things that take up real estate in the mind…and I despise that this bugs me so much.

I posed a question earlier, somewhat rhetorical, but sincere in the pursuit of understanding why this happens in my head: Why do positive affirmations so easily fall from the mind, but the single negative comment takes up residence and eats away at you?

Because of, well, the necessity to keep life moving at life’s pace and extremely poor coping skills, I’ve developed the incredible ability to compartmentalize situations in my mind instead of processing things in a healthy manner–this can be okay in some ways, temporarily, but in the long term it accomplishes nothing but rumination and an inability to see the forest for the trees.  This has become better over time, but it is a work in progress, and unfortunately it tends to be the catalyst of me being my own worst enemy.

I got to have a little “me time” Friday night and yesterday morning as my day off has been steamrolled the last few weeks, and now a mandatory meeting and some other tasks take it away without time left in the week to exchange in its place.  Oh well, life happens.  I got to blow off some steam and enjoy dinner and a movie with some gals, take an amazing scenic bike ride on a route I don’t normally have access to, and ran some errands for the church and home.  It was just what the doctor ordered! (Literally…I recently woke up and my neck hurt so badly I couldn’t turn my head and by the second day when I went and got it checked, both the chiropractor and osteopath told me it was stress induced.  It has gotten better, some days better than others, but the nagging discomfort and occasional pain is in direct correlation to the anxiety I experience at a given point…such is life.).  I realize I sound like a child whining about a day off, when it’s something that I have spent 10 years as a pastor neglecting, ignoring my husband’s pleas for many years to take one (and following his example as a godly husband and head of our family in taking a true sabbath), and have made it a priority to make happen as my eyes are opened to the value (and sanity) of it…and have only been successful in it 50% of the time since I’ve made it a goal in my life because of circumstances dictated beyond my control, it’s frustrating.  (and it’s not an invitation for suggestions…short of shortchanging other programs, people, and responsibilities, it doesn’t happen.  I’ll live.  Most of the world doesn’t dedicate the same time to life/quiet time/personal study and knowledge pursuits/morning routines in the AM that I do before starting the day, so that’s my consolation for the time being I suppose.)

Anyway…I digress.  Let’s get back to yesterday’s amazing scenic bike ride.  The last time I rode this area was seven months ago.  It’s a decently challenging ride for the climbing-inept (me), but you are surrounded by such beauty that you have a lot of distraction from your legs screaming at you as you focus on the cadence to propel your rear forward (and up!), and bonus–I didn’t run out of gears this time, my legs are getting stronger!  I was having an absolutely incredible morning–the weather was perfect, I felt great (despite sleeping like crud and my neck bothering me all night long), the scenery was great, I was feeling the improvements of the ride, and everyone out there (tons and tons of other cyclists and a handful of runners as well) seemed to be having a blast of a morning too and was so personable and encouraging to one another and me in greeting.

…and then it happened.  On the last difficult climb of the ride before the final descent, a person (oh the words I REALLY want to use to describe the individual…) came flying by me and chose to mouth off a comment that has just seared its way into my psyche.  It’s not even one of those that can just be misinterpreted through inflection, or “maybe they meant it another way,” no, this was just a mean-spirited jerk of a comment.  If not so deep in concentration of kicking some awesome butt up this hill (I may suck at climbing, but seriously, the speed will come, I understand the mechanics of this–but something was totally on par for me yesterday and I was rocking it for me! I felt amazing!), I would’ve loved to fire back a retort at this person–reminding them to not judge a person’s story by the chapter they walked (rode) in on, but I was just totally deflated.

I kept it up…I peaked the hill and actually ended up having to pull into an overlook to take return a phone call that needed my attention from several minutes earlier, and then savored every moment of the glorious reward of the descent of the last several miles where my car was parked.  But that stupid comment, it stuck in my mind.  It didn’t matter every other positive comment I heard yesterday morning, or those that I gave in return–it was the one person that had to be the turd in the punch bowl that’s taking up head space and I can’t shake it.  I’ve tried to rationalize it–is it truth?  No.  I’ve tried to justify it–could they maybe have been having a bad day and taking it out on someone else?   Maybe… I’ve even tried to reshape the words to figure out how to make it positive.  Not there.  I’m at the point of ripping this apart in my mind where I’m starting to let this false statement absorb as truth about me…and I don’t want to go there.

I’m my own worst critic.  I’ve said it before that the things I say to myself about myself are so vicious that I would never speak them of another human being, yet I do it to myself.  And now I’m adding fuel to the fire, instead of squelching it.  Two steps forward, one step back.  I don’t have the answer…I’m just venting.  It’s a work in progress.  Rewriting the lies in my head has been the hardest part of this journey.  God must have something huge in store with this lesson…that’s all I know, because all I can do is keep turning it over to Him, again and again daily.  Remind myself of His truth.  I desire to see myself as He sees me, to live as He created me to be, but ridding myself of everything the world has piled on to understand that very basic idea is the true journey.

…and pray for those that hurt us. 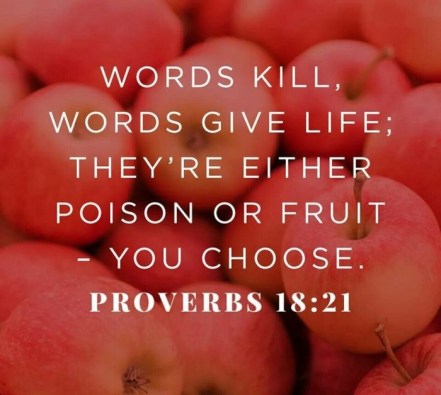 Hi there! I am Stephanie Lueras, owner of Heart and Sole Fitness & Wellness, located in Lake Havasu City, Arizona, and work with clients in-person locally in my home studio, their home or place or business, or various other locations throughout the Mohave County area. I also work with clients anywhere through various video platforms compatible with smartphones, tablets, and computers to ease in making your goals accessible and attainable. Services include personal training, fitness nutrition counseling, meal planning services, cooking demonstrations, and more! Why Heart and Sole? This is my passion–and I am my own brand. I became an ACE Certified Personal Trainer and Fitness Nutrition Specialist out of my own desire to understand the human body, the relationship between habits and physical training, and the impact that endurance fueling and everyday nutrition has on my own body in my own athletic pursuits. In my own life, I have lost over 200lbs through balanced nutrition and endurance sports–not through restrictive diets or other means of drastic weight loss. I believe in a holistic pursuit of balance where we strive for physical, emotional, and spiritual wellness to be our best selves possible. View all posts by Stephanie Lueras

1 thought on “Death By Words”